How Heavy Is a Gold Blockchain?

The environmental impact of gold mining has led most green- and values-based investors to shun the metal. It can be a dirty business.

Small-scale mining, a practice concentrated in developing economies, accounts for only 15 percent of global gold production but has an outsized environmental impact. The United Nations Environment Programme found that this minority group produced over 30 percent of global mercury emissions in 2018, exceeding non-ferrous metal production and cement production.

According to the US Geological Survey, more than half of the total refined gold produced ultimately ends up sitting in a storage facility. Phil Rickard, CEO of Nature’s Vault, believes extracting that gold is “supremely wasteful.” His company has presented an improbable solution to this dilemma that seems uniquely suited to the investing style of Millennials and Gen Z — one that ties in elements of ESG, hard asset investing, and blockchain technology. The concept: digital tokens representing fractional ownership in unmined gold reserves.

“Mining precious metals is a highly destructive environmental process that ultimately results in gold bars that are then placed in a vault,” says Rickard. “Our company’s mission is to preserve a quantifiable amount of gold… in the ground with ownership rights held in digital form.”

Rickard’s varied career primarily focused on the fintech sector in southeast Asia, and he has led several small-cap public companies in the past.

Nature’s Vault is now preparing for an ICO for a crypto token named Legacy Token, backed by 0.01 grams of measured gold reserves. The first developed property to be tokenized by Nature's Vault in Thunder Bay, Ontario, contains sequestered reserves in a 43-101 proven format.

National Instrument 43-101, known simply as 43.101 by precious metals investors, is the geological disclosure rule for mining operators in Canadian markets. Reserve estimates are calculated using geological sampling. Proceeds from the offering are intended, in part, to finance the acquisition of more producing properties.

Rickard is also in exploratory talks with primary carbon registries for Nature’s Vault to earn emission reduction credits for not mining its reserves. Selling these credits to offset other producers’ carbon emissions could provide an additional revenue stream for token holders. 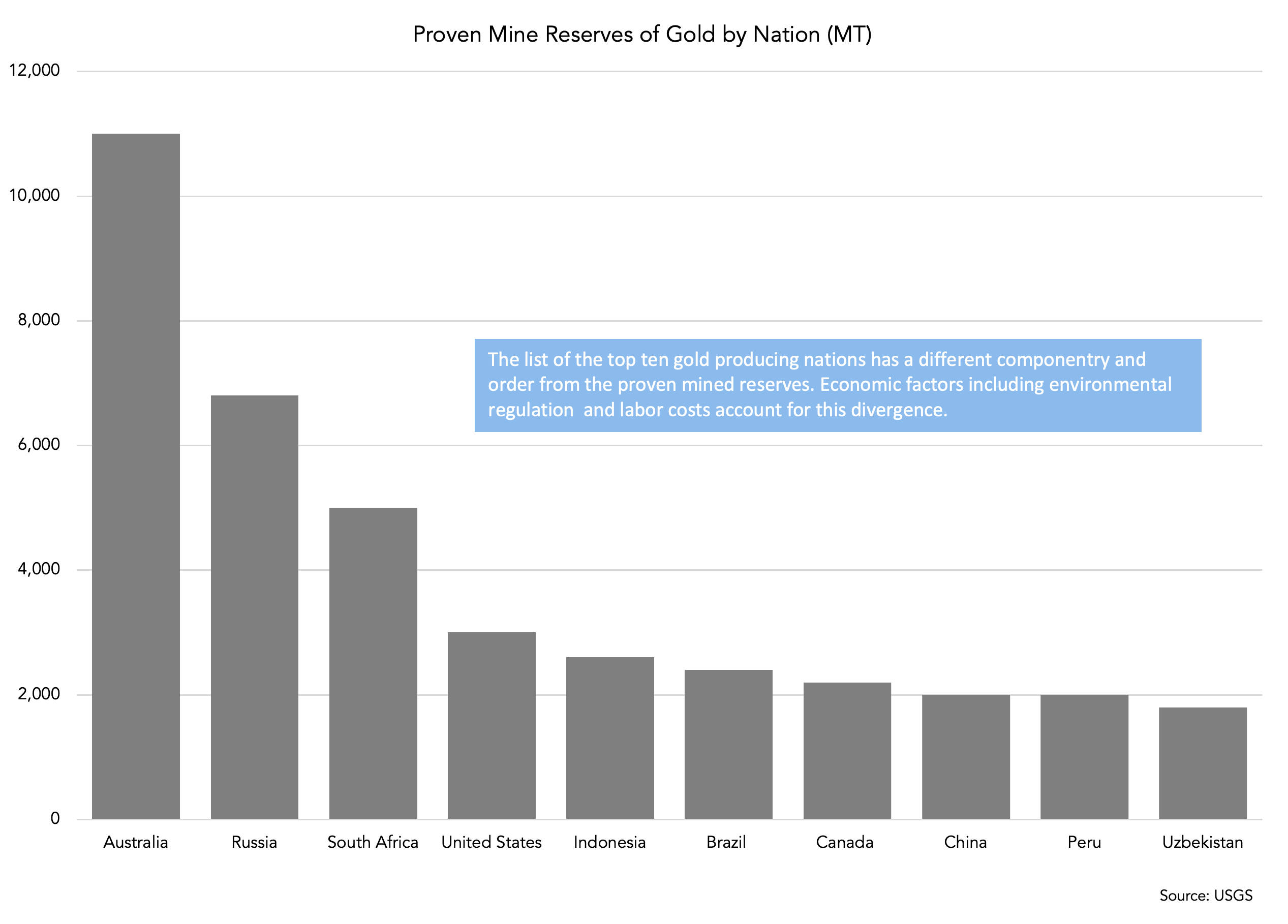 Buried Treasure — The US Geological Survey estimates that 57,000 accessible metric tons of gold remain unmined globally, with almost half that amount accounted for by four nations: Australia, Russia, South Africa, and the US.